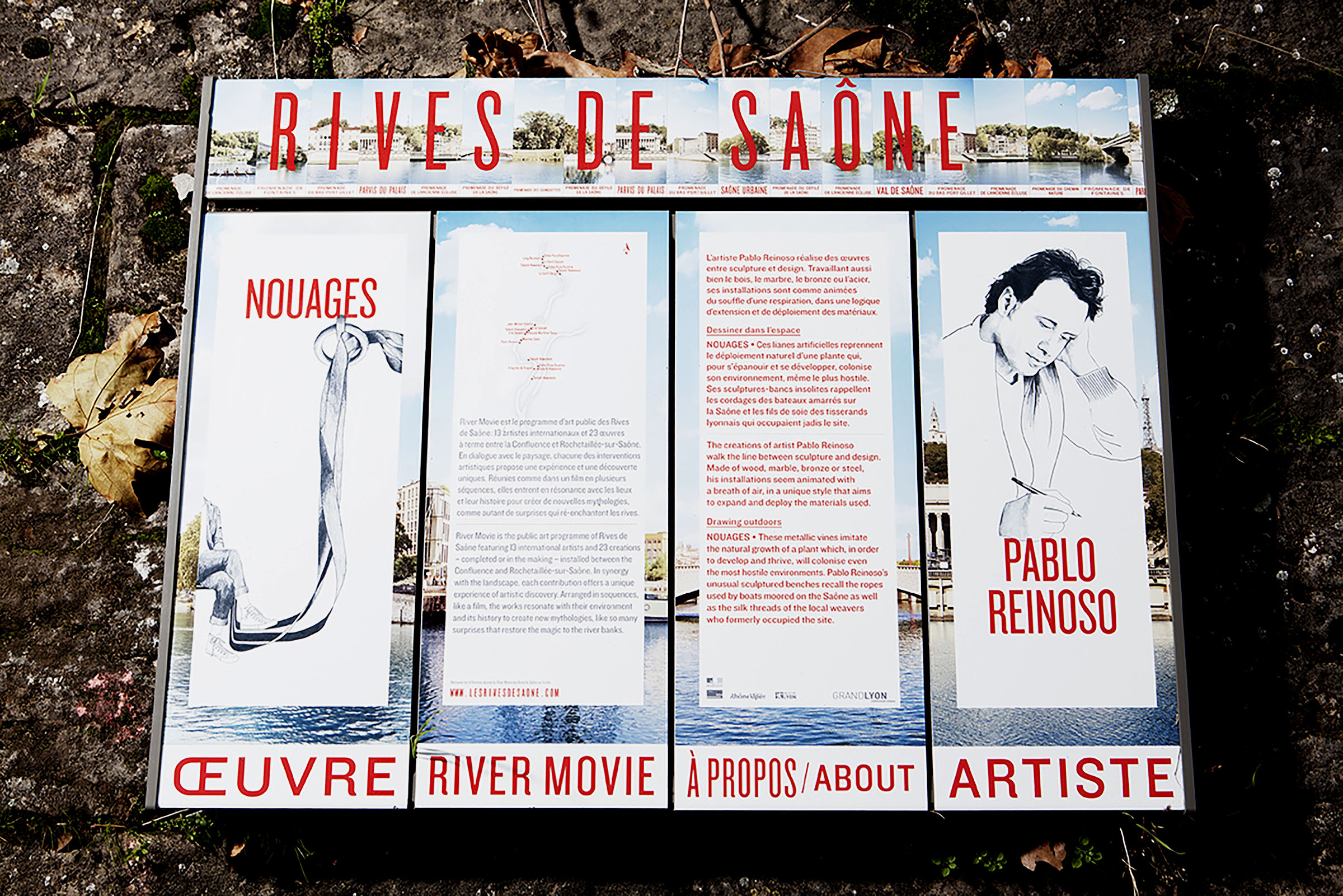 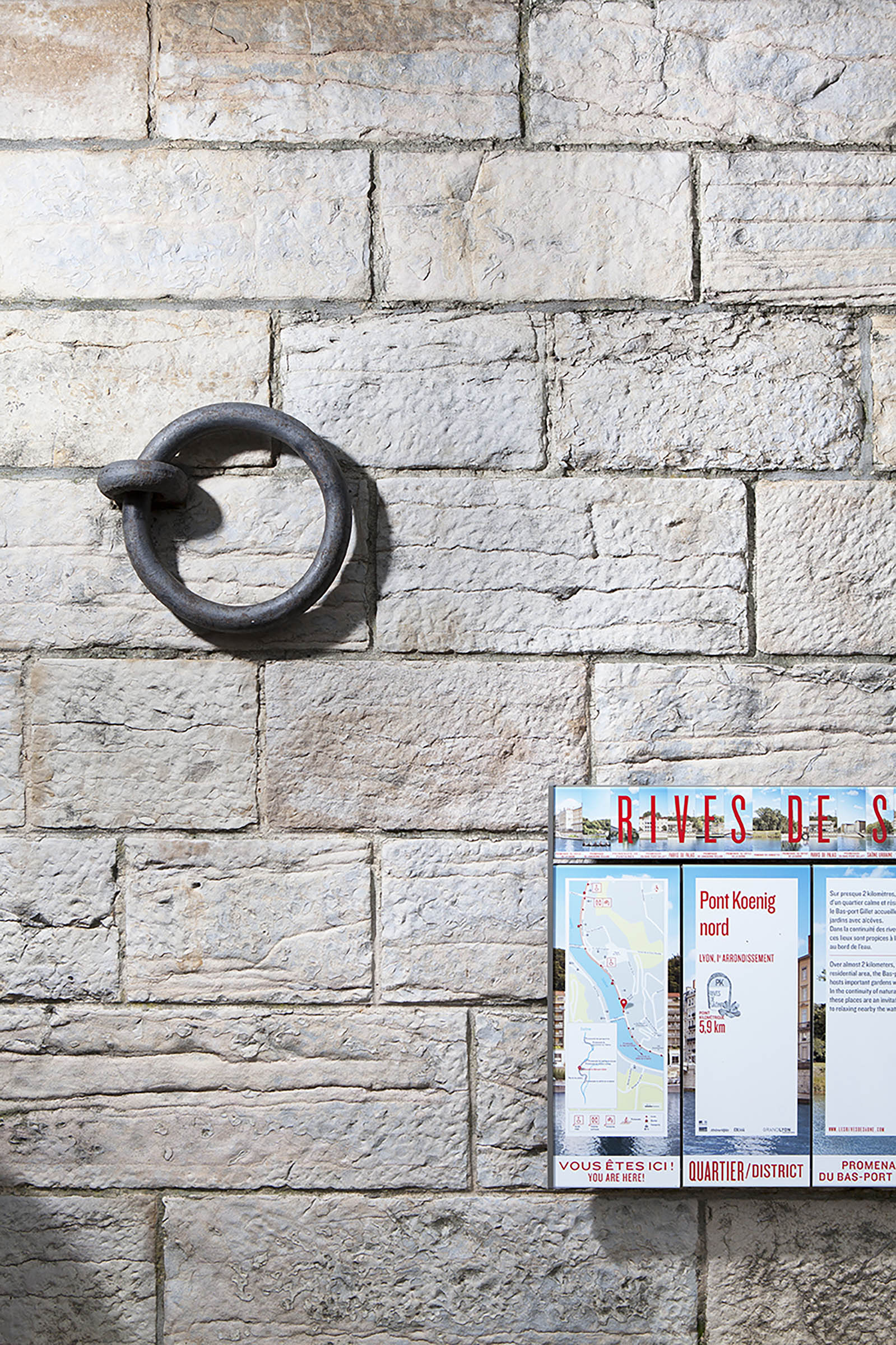 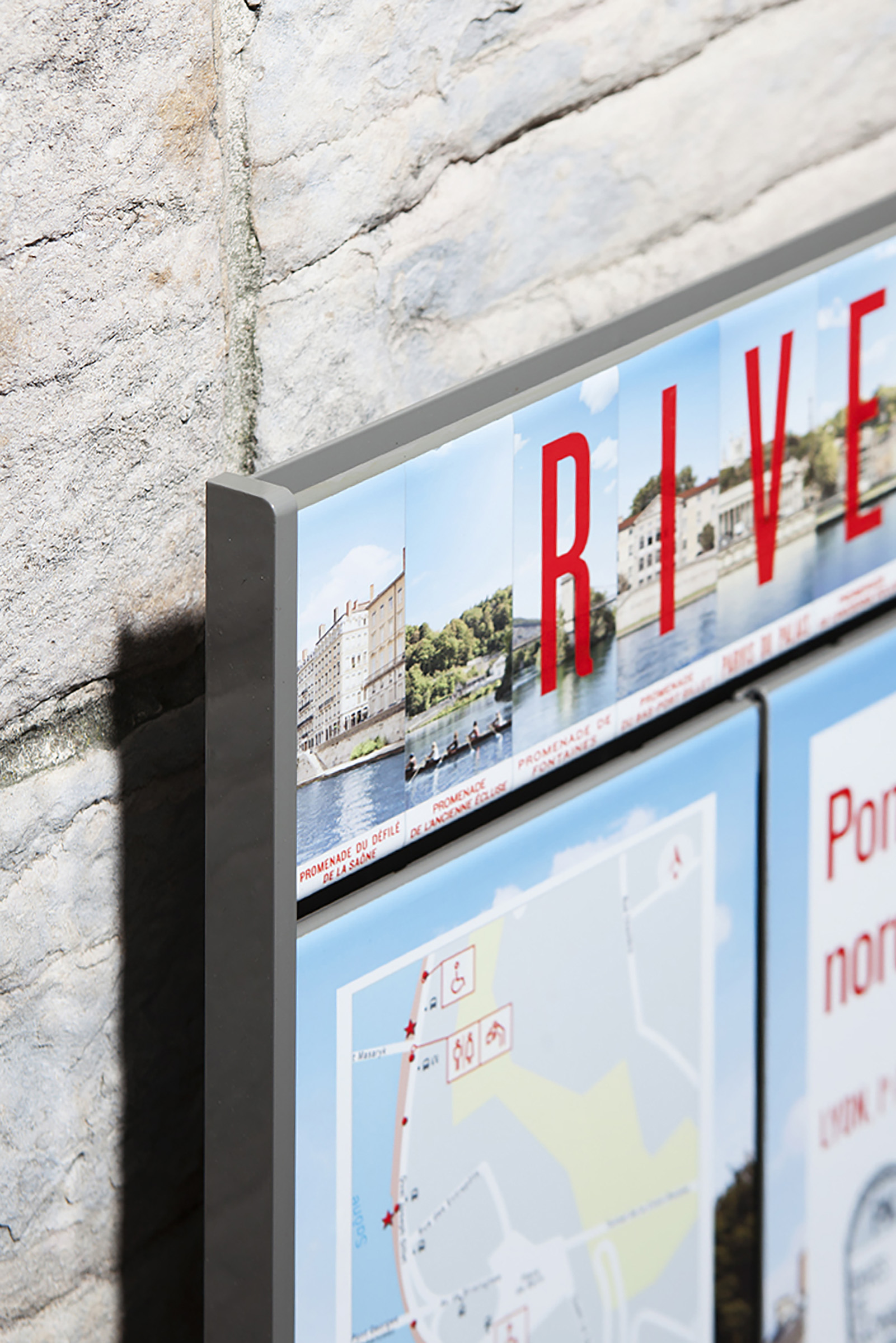 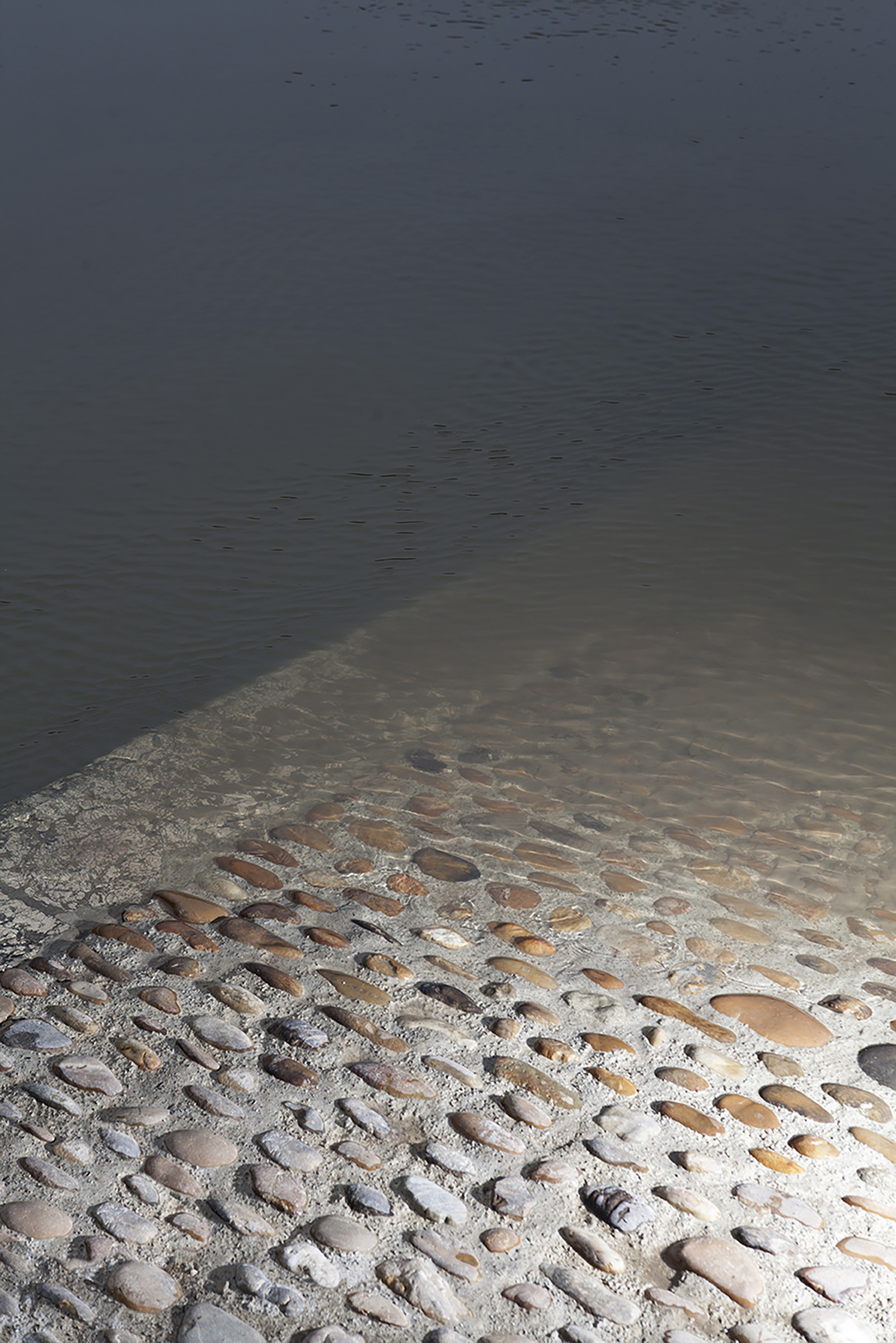 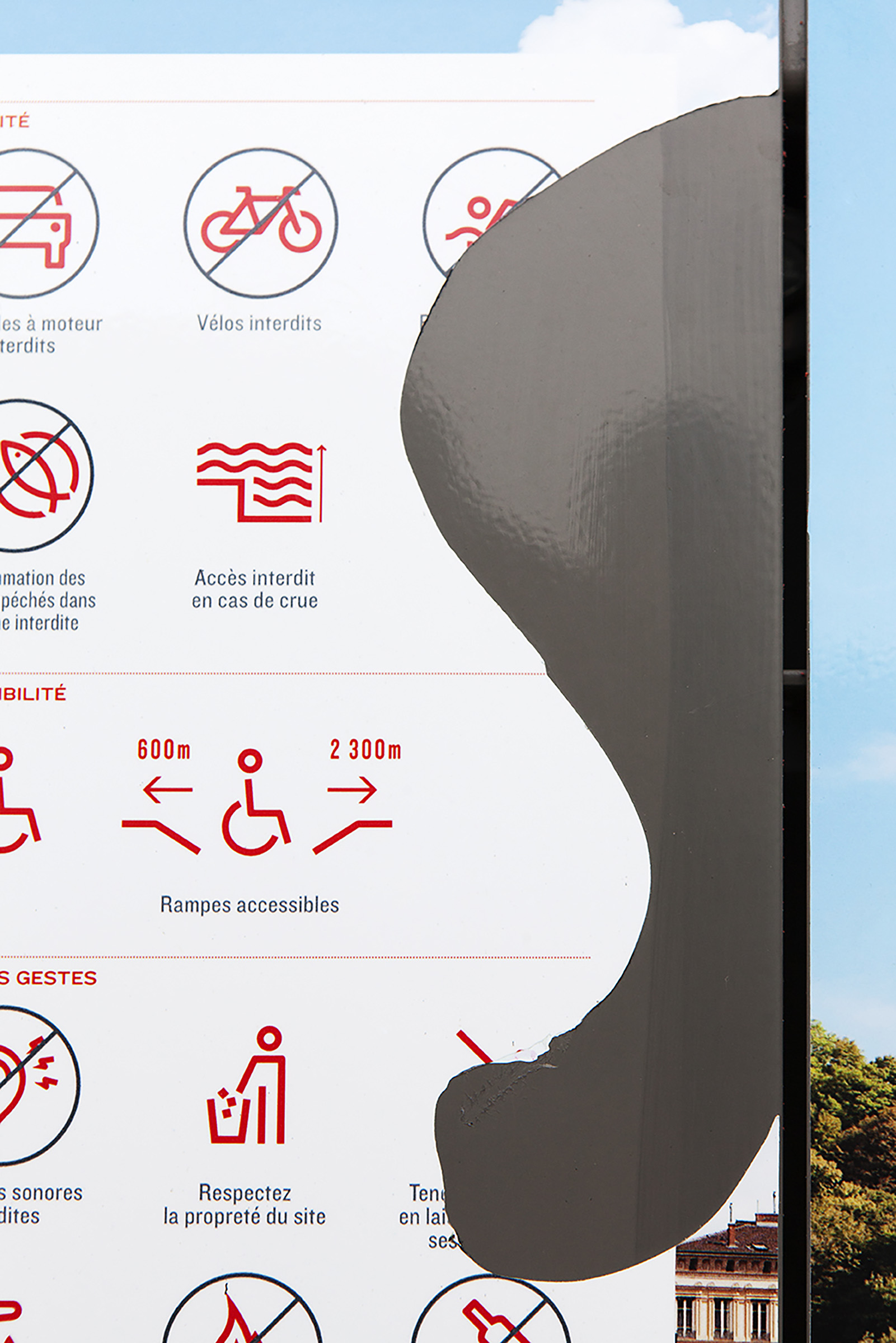 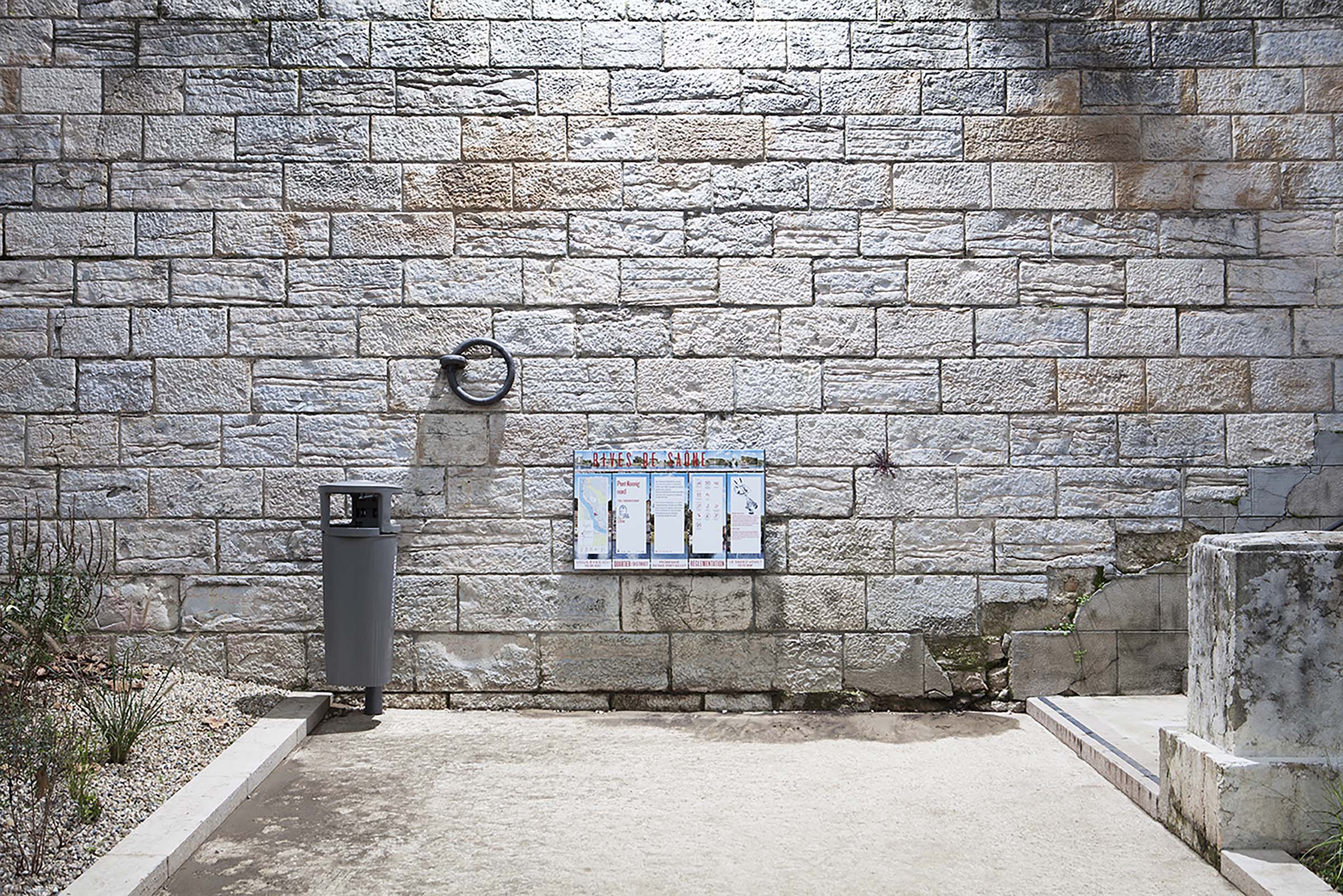 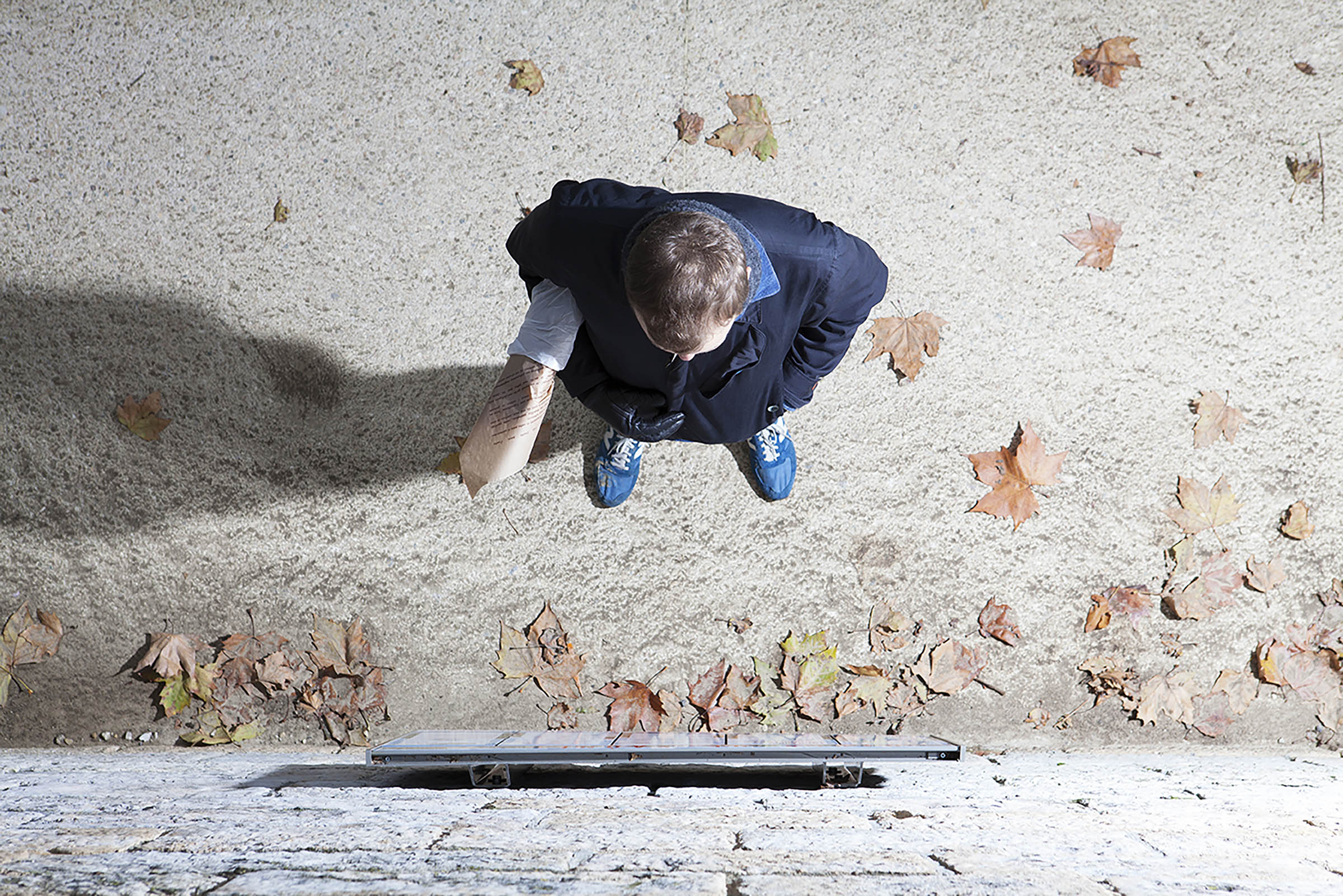 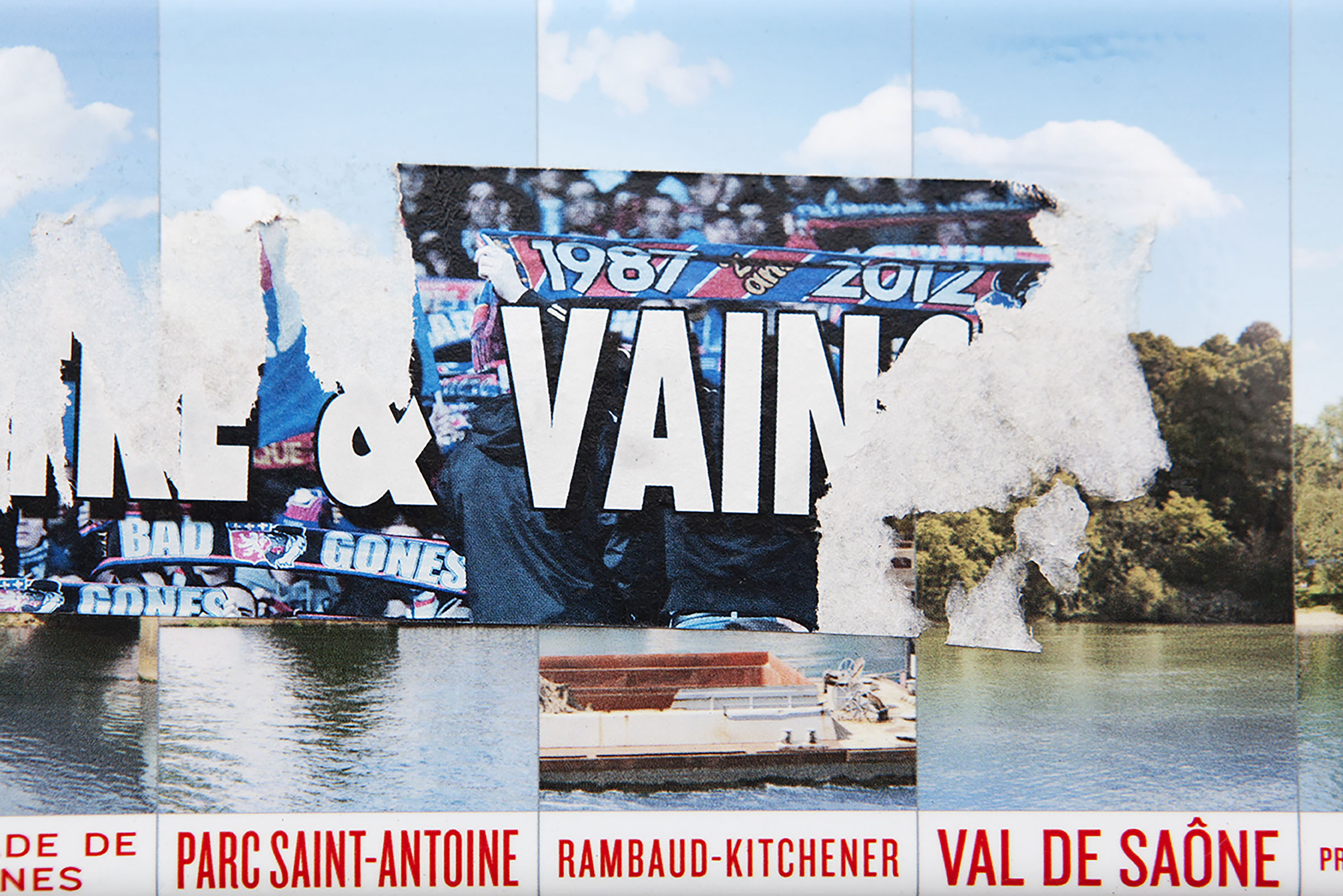 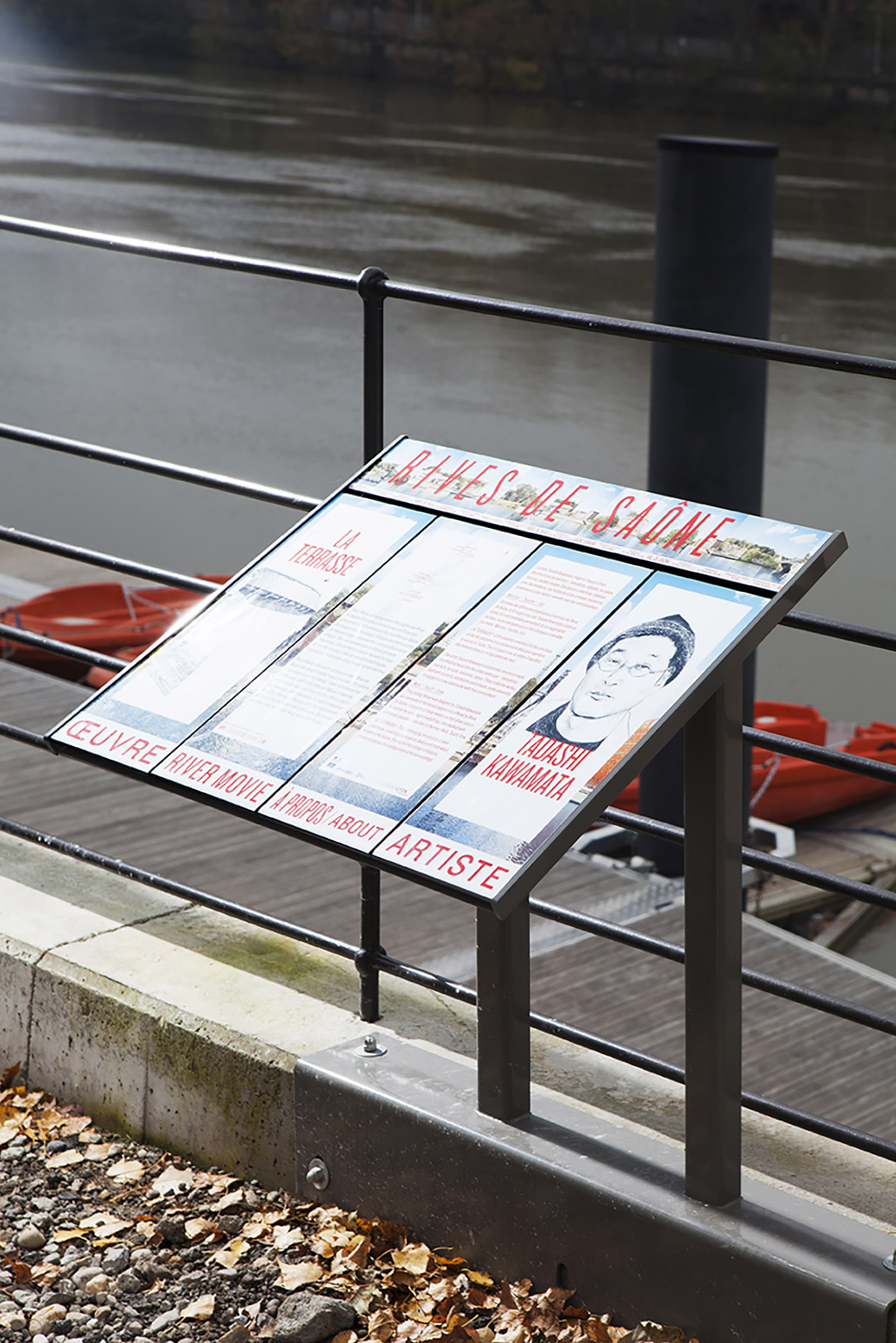 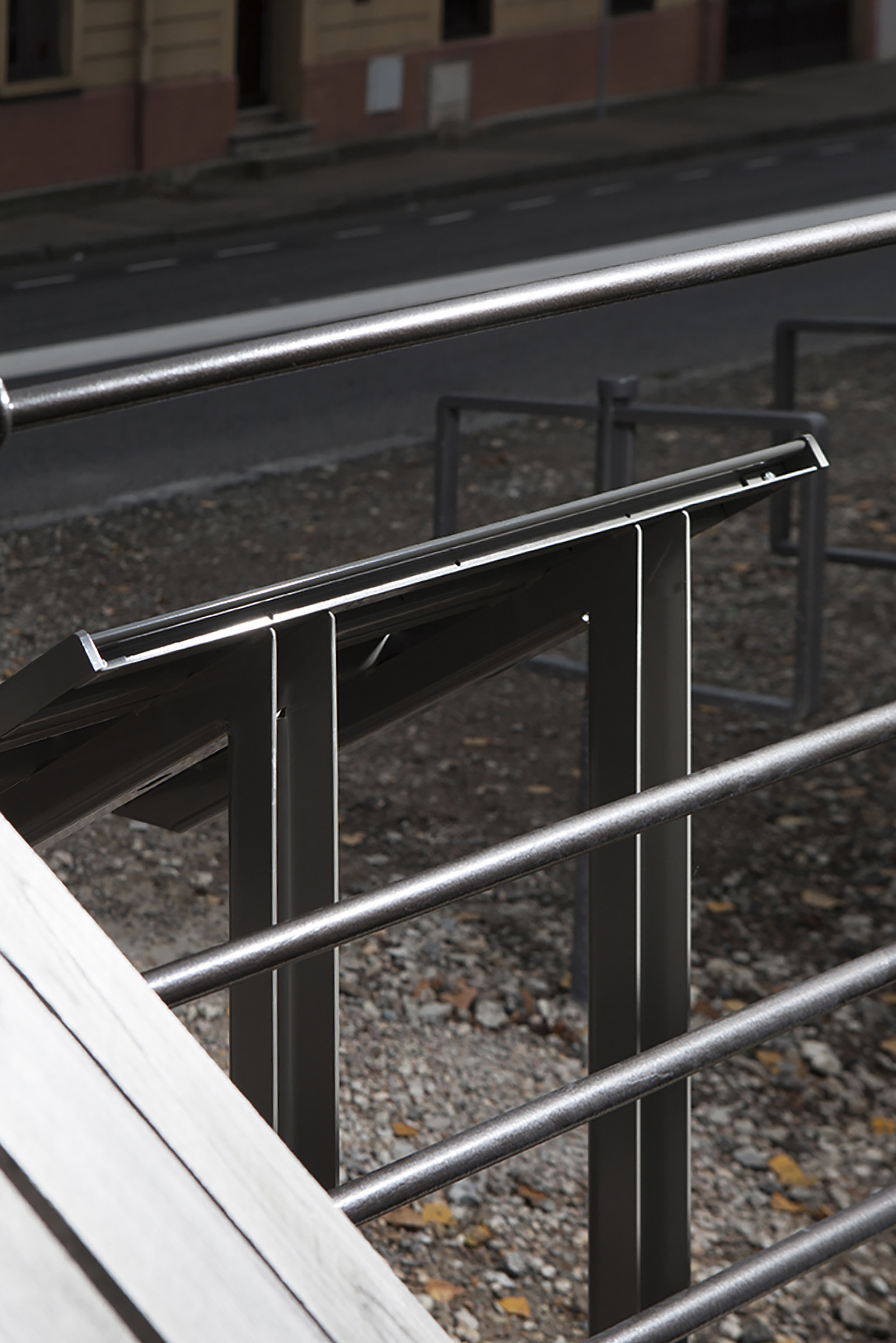 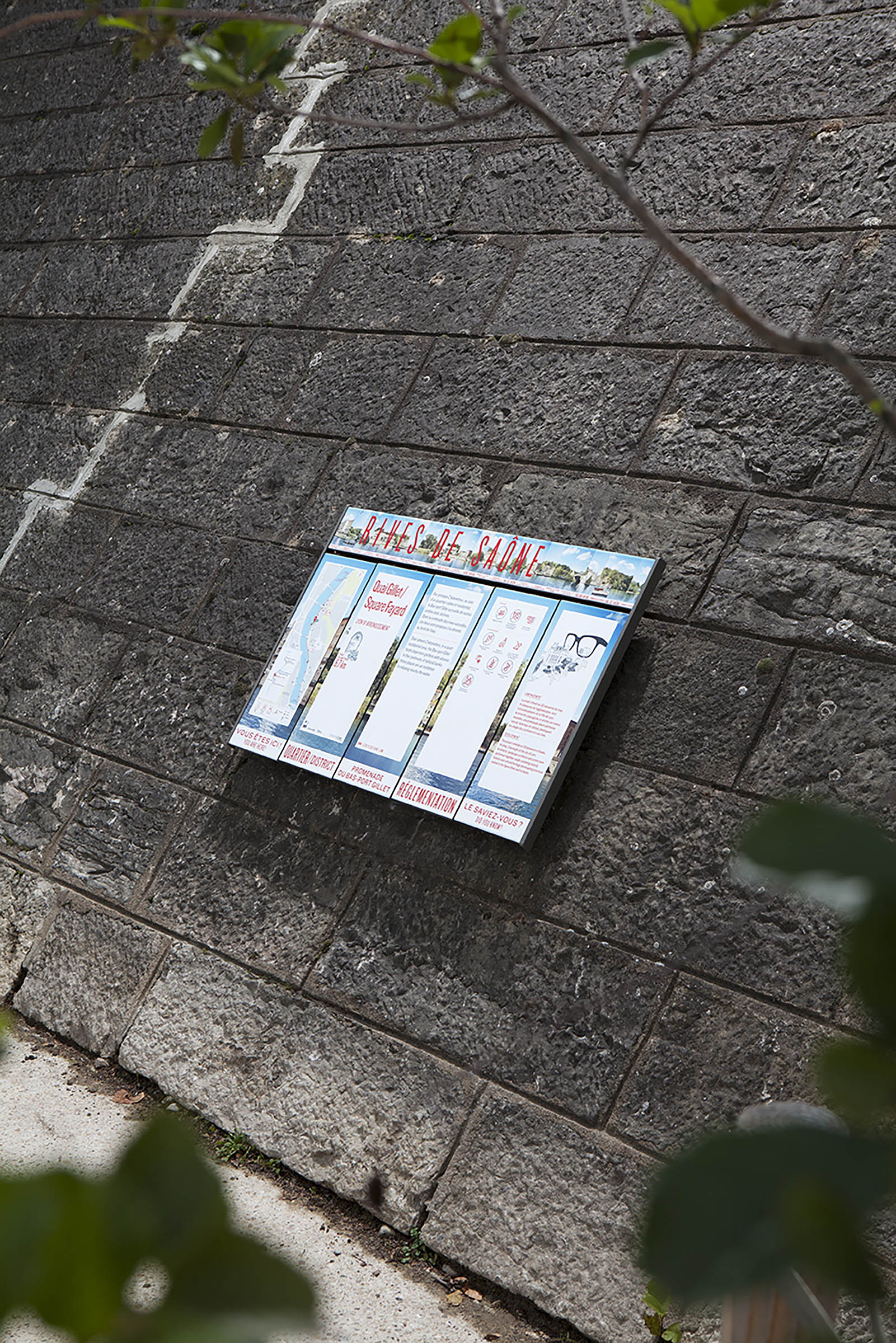 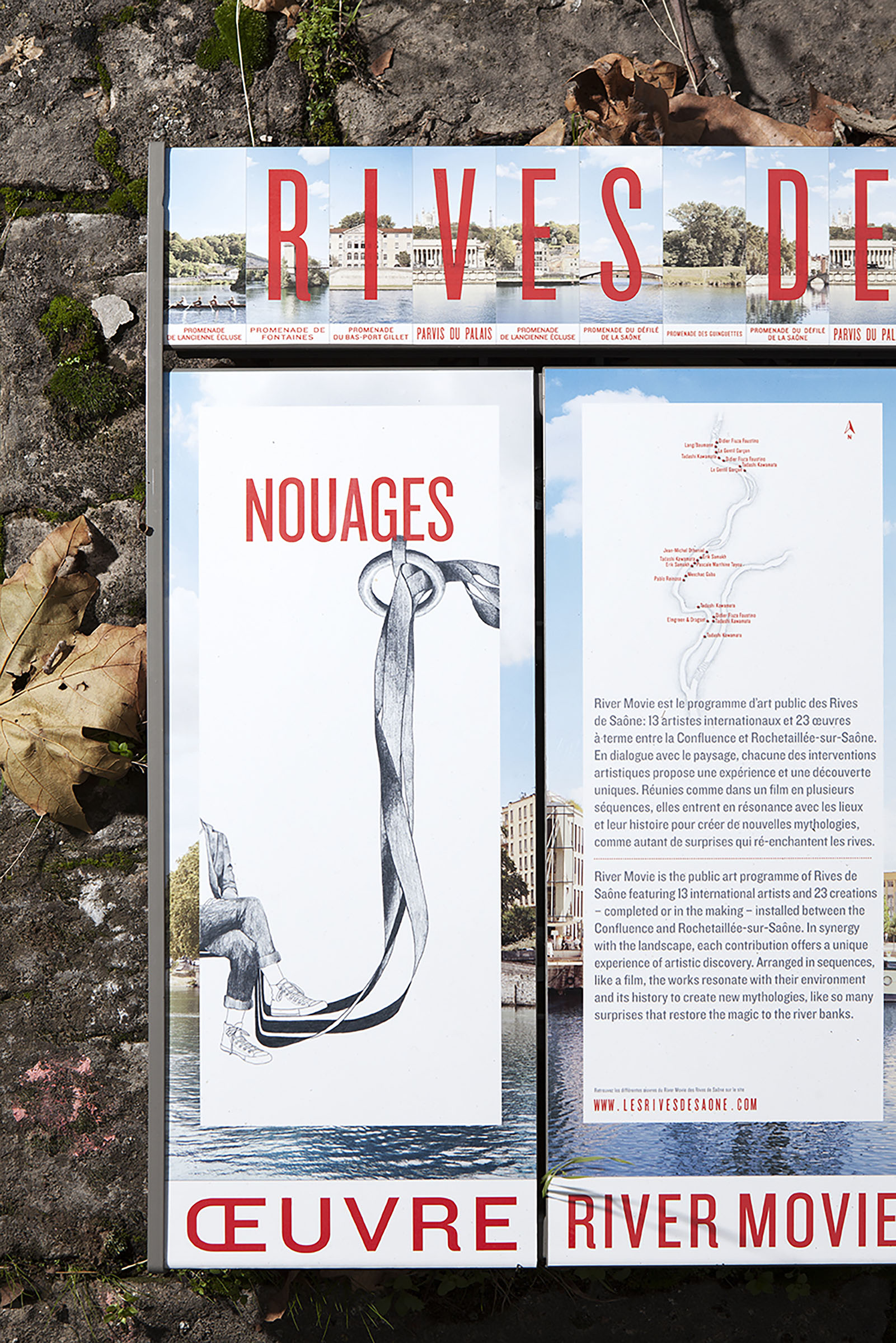 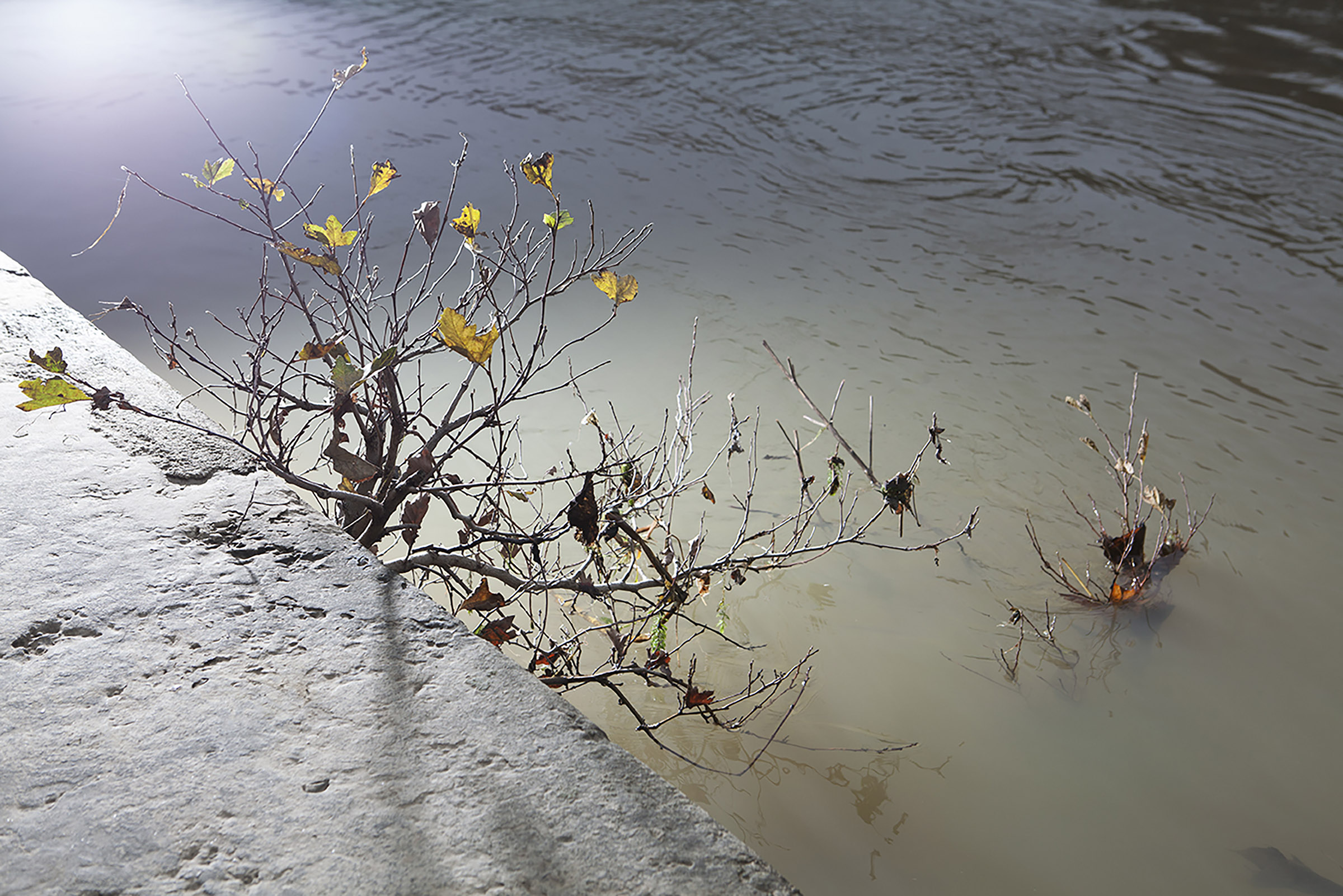 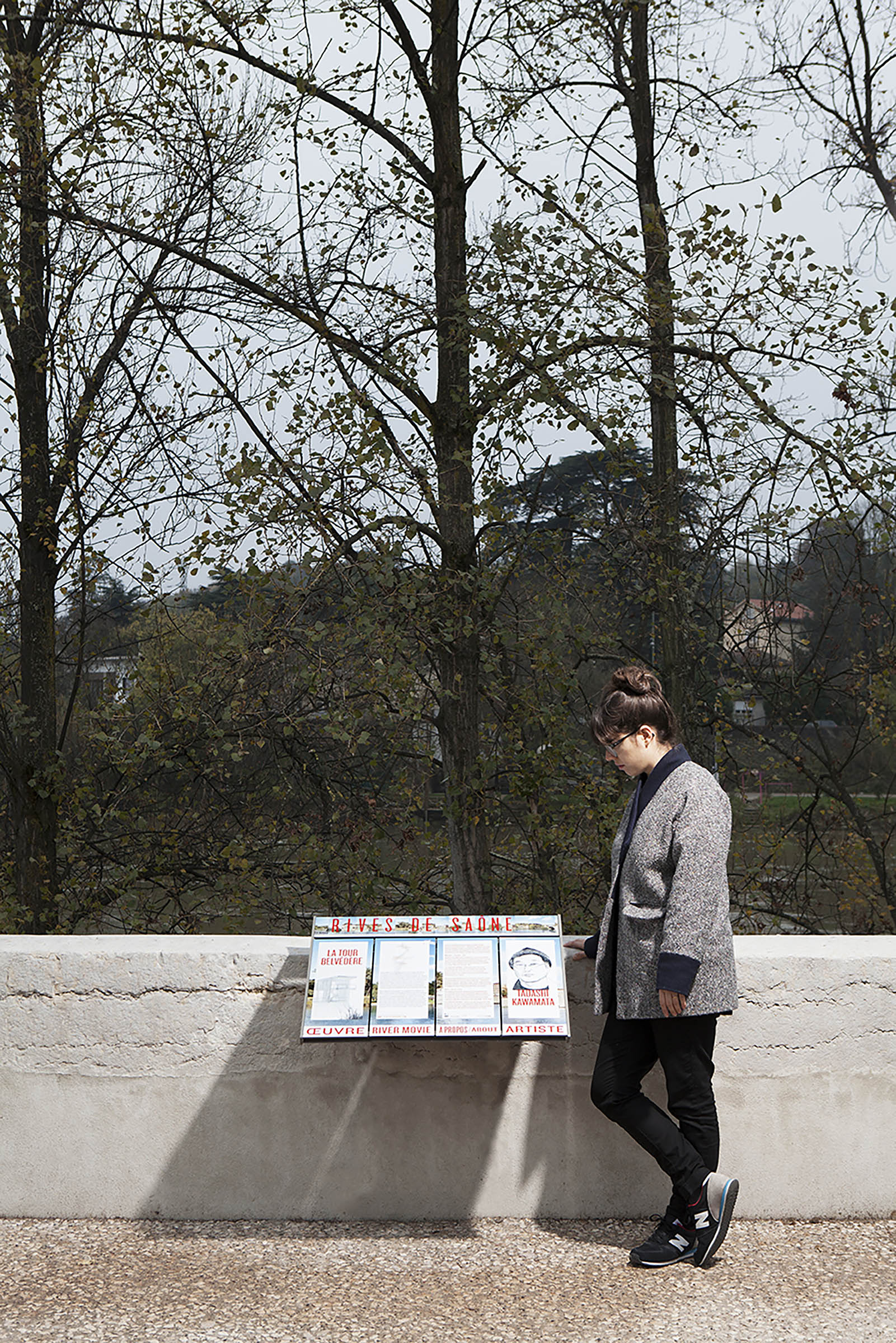 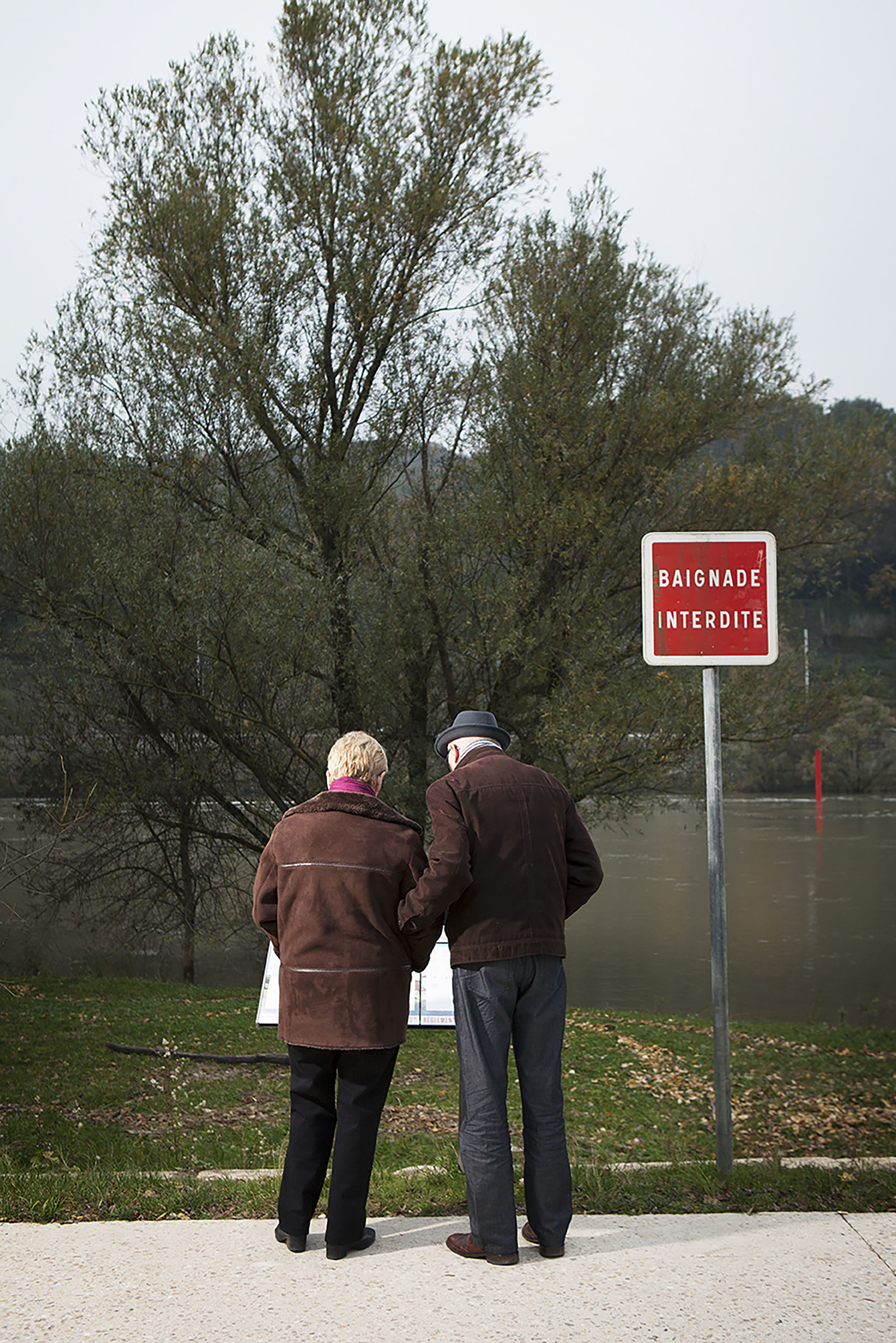 Signage support commissioned by Base design for the banks of the river Saône, Lyon, in collaboration with Philippe-Albert Lefebvre

The river Saône, running through the city of Lyon, offers up endless possibilities for creative interventions involving nature, art, and leisure. In 2013, the “Rives de Saône” project was launched to renovate the riverbanks. Base design was entrusted to create an accessible visual identity that embraced the energy and interests of the various groups involved in the renovation, which included municipalities, urbanists, artists and citizens.

Our part was to design an appropriate and sturdy range of supports for the modular “Myriorama” inspired signage system developped by Base design.

The pictures on the signage were taken over three days of cruising along the lovely river with photographers Régis Golay of Federal studio and Cédric Widmer.